Yesterday I got together with my cousin for a little Hungarian cooking extravaganza. Her dad and my mom were first cousins and they were great friends. But those two have passed away and it is our opportunity to be cousins and friends! Since I moved to New York in 2013, we have been intentional about getting together as often as schedules have allowed. A few months ago we decided to get together at my home in Tuckahoe so we could do a little cooking.

Our main goal was to make szilvás gombóc (plum dumplings) but it isn’t the season for those little Italian plums so we had to come up with an alternate plan. We decided to make almás rétes (apple strudel) and gesztenyepüré (chestnut purée) —neither of which we have made before! But please don’t be concerned. We didn’t just eat desserts all day! We also made rakott krumpli, túrós csusza, and paprikás csirke (with homemade nokedli). Wow! We sure ate a lot!

My confession is that we did not make everything from scratch. I have made spaghetti sauce before but there is also some great spaghetti sauce in a jar. I definitely do not make my spaghetti noodles from scratch although I have done it. Once. I haven’t ever made the tortillas and taco shells when we have a Mexican meal so I am not above using some prepared things for convenience or speed. Sometimes, the main goal is to put food in the mouth! Someday, though, I will get brave enough to roll out my own strudel dough, but yesterday was not that day.

I have cooked a lot of different foods and I have had some great success over the years. But staring down at the phyllo dough (mind you, already prepared) and the filling ready-to-go (we used apples, raisins, and walnuts with a few other things) but I was just so nervous to put it all together.

I have no idea why.

All I can say is having friend along on the adventure is a great thing! My sweet cousin read several recipes in my cookbooks but also online and was quick to say “let’s Google that” if we were still unsure about a part of the process for all the things we cooked together. (Remember, we don’t have access to the family experts any longer so we just needed to get brave and not take ourselves too seriously.) She would patiently read, then read aloud, encourage me, and we finally decided that no matter how it looked in the end, all of the elements going into it were things we liked so it was going to taste great. We took turns buttering the dough and rolling it up and decided it was crazy easy. Why hadn’t we tried this before? But, there is no time like now! There are some things you just need to step out and try!

It is so nice to have a like-minded buddy in life!

The rétes was so ridiculously easy to make and so wonderfully fresh when it came out of the oven that it will be a long time before I buy some at a pastry shop. Now that I have done it with assistance I think I might be able to do it on my own, but it sure won’t be as fun! My cousin and I thought of all the different kinds of fillings we could use! Her dad used to love káposzta (cabbage) in his rétes so it would seem fitting we would give that a shot next time. And she adores mák (poppy seed) in general and it’s wonderful in rétes so that will be on our list too. It was delicious with coffee for our afternoon break! And then we went on to tackle the rest of our list. Not everything looked pretty but it all tasted fantastic! And we had a great time working and playing and visiting about all kinds of things!

Do you have a special project that you would like to tackle? Find a friend! Do you have a friend who needs someone by their side as they work through something? Be a friend! We all have things to do that are much more fun with a friend. And the hard stuff? It is much better with a friend too. And if they are family members, even better! We had so much fun together we are planning another Hungarian food day in early May. We are hoping those Italian plums will be available so we can tackle the szilvás gombóc!

And, someday, I will tackle the dough for the rétes. I just need a little more time to get the courage.

Thanks, Cuz, for being by my side! 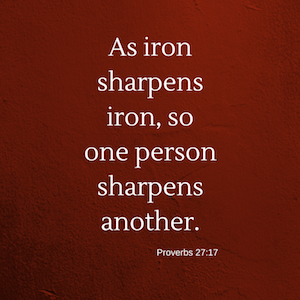